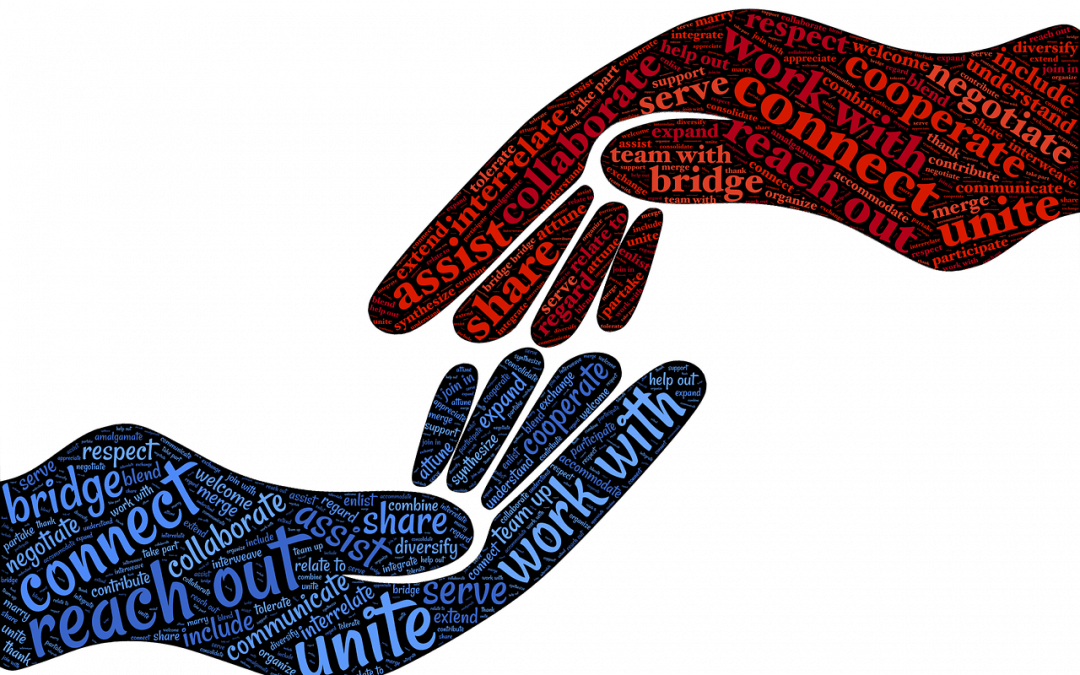 “Just trust me.” We have heard it one time or another. It might have been from a teenager talking back after you have said they cannot do something, or maybe it is jokingly said by your bestie about daring you to do something silly!  It signals to our brain to move towards: towards an action, a person, an experience, a financial deal, a product, or whatever it may be.  We want to be trusted, we want to trust, and we need the trust to have the connections with everything.

As a business, you need trust to earn a customers’ investment in your product or service. As an individual, in any type of relationship, you need trust to earn your investment in the person and the future of the relationship.  And earning it is just like having a savings account earning interest, the more money you put into that savings account, the more the interest grows it.  The more time you put into a relationship, the more it grows.  Or not.  Put a penny in a savings account at .01% interest and see how long it takes to grow to $100. The more you bank, the better the return.

When the bank account is empty, sitting there with a penny in it, you need to make a daily deposit to make a difference.  In “trust” terms, that looks like work, just like a 9 to 5 job where you need to put in your time, show up early, stay late, build teamwork, invest in communication skills, being curious by constantly learning and always improving your performance.  And just like a 9 to 5, trust is built with intent, motive, your abilities, showing up for the others to complete the job, your track record, and mostly by your character.

Five factors create trust and when a few are missing or slipping, so does that trust.  They are understanding, intentions (are they in it to serve an honorable purpose), abilities (do they have the skills, willingness, and knowledge to move forward), character (traits like honesty, integrity, courage, etc.), and accountability (do they show up, keep their word, follow through?).  These factors also need to always be in motion, continually be nurtured with actions that go the extra mile so you can move forward.

So, trust me!  You need to add pennies to that account. The next time you see a penny laying on the ground it may be “a penny from heaven” reminding you to make an investment in the time, effort, and move toward someone needing a connection. 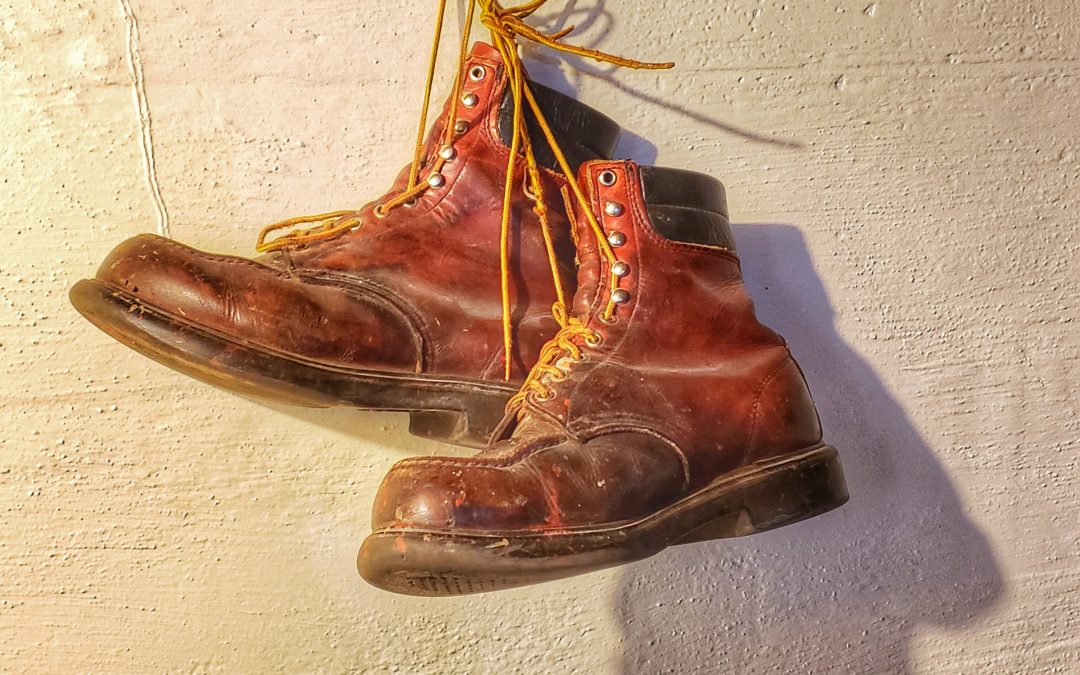 A Dead Guys Stuff Shows How to Walk the Walk

When my dad passed away in 2006, family members each got to pick things from his house and have things from his life’s collections and home. I mindfully choose his work boots.

14 years and several moves later, they hang in my home where I see them almost daily and can gently touch the laces or worn leather to remind me, he is always with me. 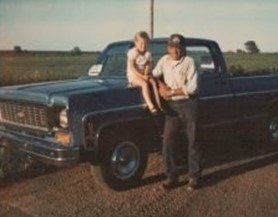 I watched him walk and live his life in those boots. As a little girl on the farm, I heard them from my upstairs farmhouse bedroom, thump on the kitchen floor in the morning as he seemed to purposely drop them extra hard to wake us at sunrise.

I heard them thump on the floor after he would come home exhausted from a day’s
work providing for us on the family farm.  I heard them when we moved off the farm after a series of heart attacks, and he continued to work daily to support his family. Those boots always were on his soles, to feed not only us, but to quietly feed our souls in his own way. 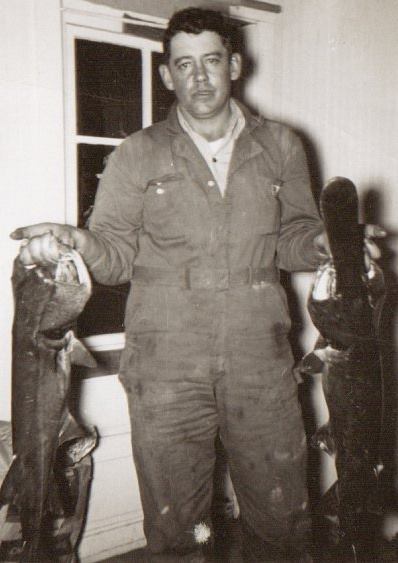 Every day. He methodically untied them, set them one by one to the side. Then when he was done for the day, he would drop them by the kitchen bench, and they would land with a loud, tired
thud. 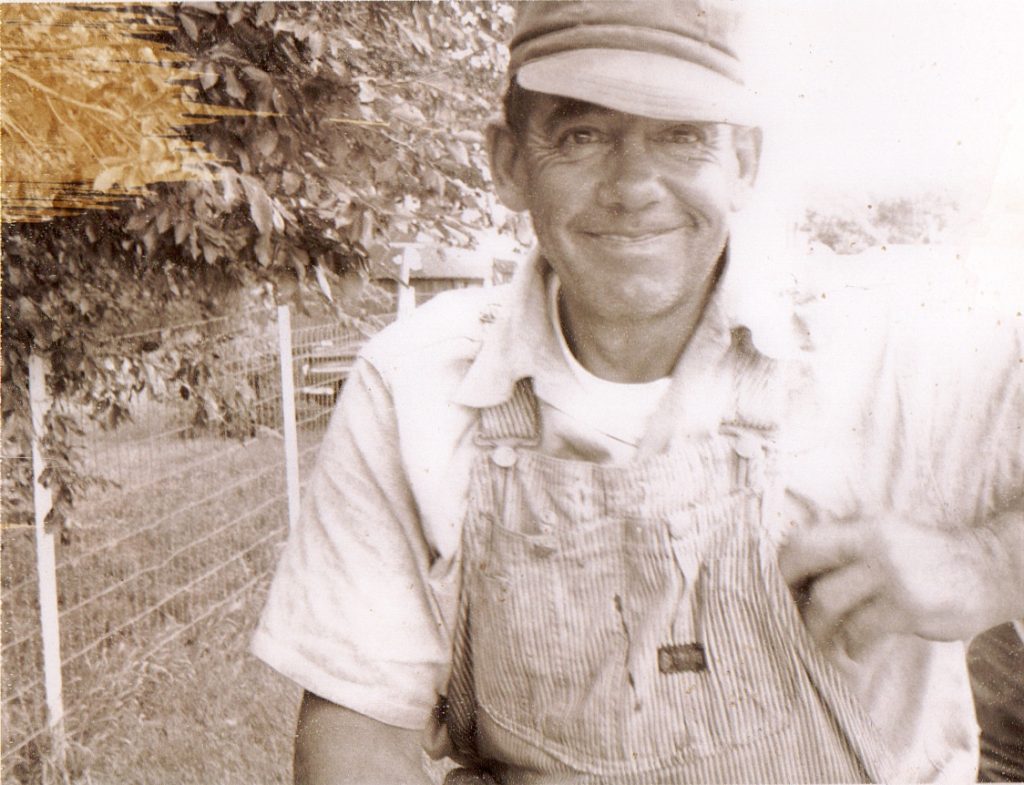 The next morning, as the smell of Folgers coffee brewed, WNAX-AM “Your Big Friend in the Midwest “radio station loudly announced the farm markets and local news and the smell of whatever his cast iron frying pan breakfast was that morning filled the house; his boots
waited for his return to face another day.

They carried him through the 1920s, 1930’s, and then they became the boots of a World War II solider. The boots he wore saw the changing times of the world from 1919-2006 carrying him
through it all. 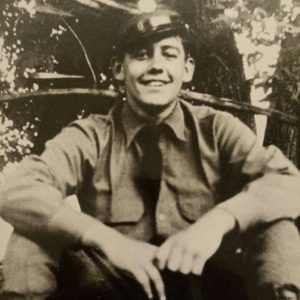 He always purchased boots of quality that would stand the test of time. Their solid build held him through a marriage & creation of a family, and then the loss of his son. 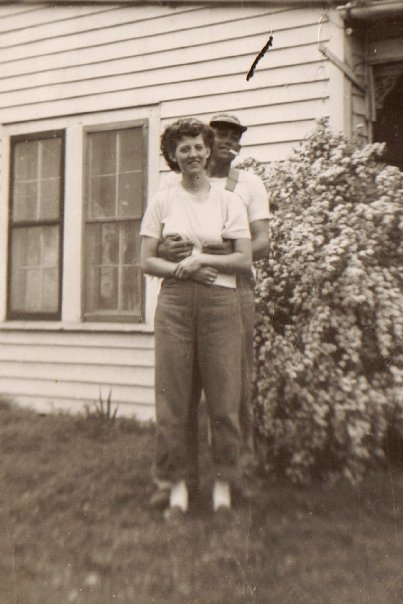 The leather pull on the backs, were tugged on many times with held back words, fears, and tears. The strong leather and soles supported him through making the memories, and the loss of memories, as he laced them up daily through our moms long, drawn out years of dementia and her passing. 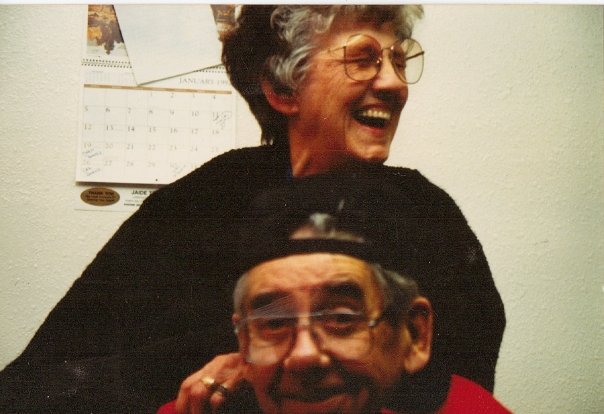 He would wear them until they were about worn out before replacing them, alternating them between a pair of work shoes and casual shoes.  A combination of 3 pair of sturdy, faithful shoes & boots were all he needed to carry him through his life.

He wore them while he taught, yelled, or scolded me or while silently let me learn hard lessons.  He wore them fishing to relax, or while he rested in his recliner for a quick nap, or as he held a new grandbaby for the first time, or let the grandchildren play in the garage by his side. 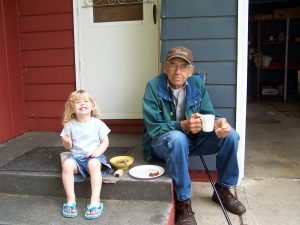 While he suffered from heart disease and then faded too fast from cancer, he wore them to re-live his memories and stories; to teach us lessons and give us final instructions on how to go on with him not in this earthly world.

His walk was not perfect in life.
The boot strings would often break, He would be a lost soul at times, but he would knot them back together and lace it back up to face another day. The hooks would bend and need to be gently pushed back into shape to hold the laces again. The boots were stained and soiled from sweat and tears of his and the others he quietly loved.

The laces that physically held the boots on and together through his life, now spiritually bind us together.  As we move through this Easter with laces that cannot be tied and our connections with loved ones are separated; and the houses of Our Father look much different than any other Easter in our memories, we need to remember that even though we are apart, we are always together. 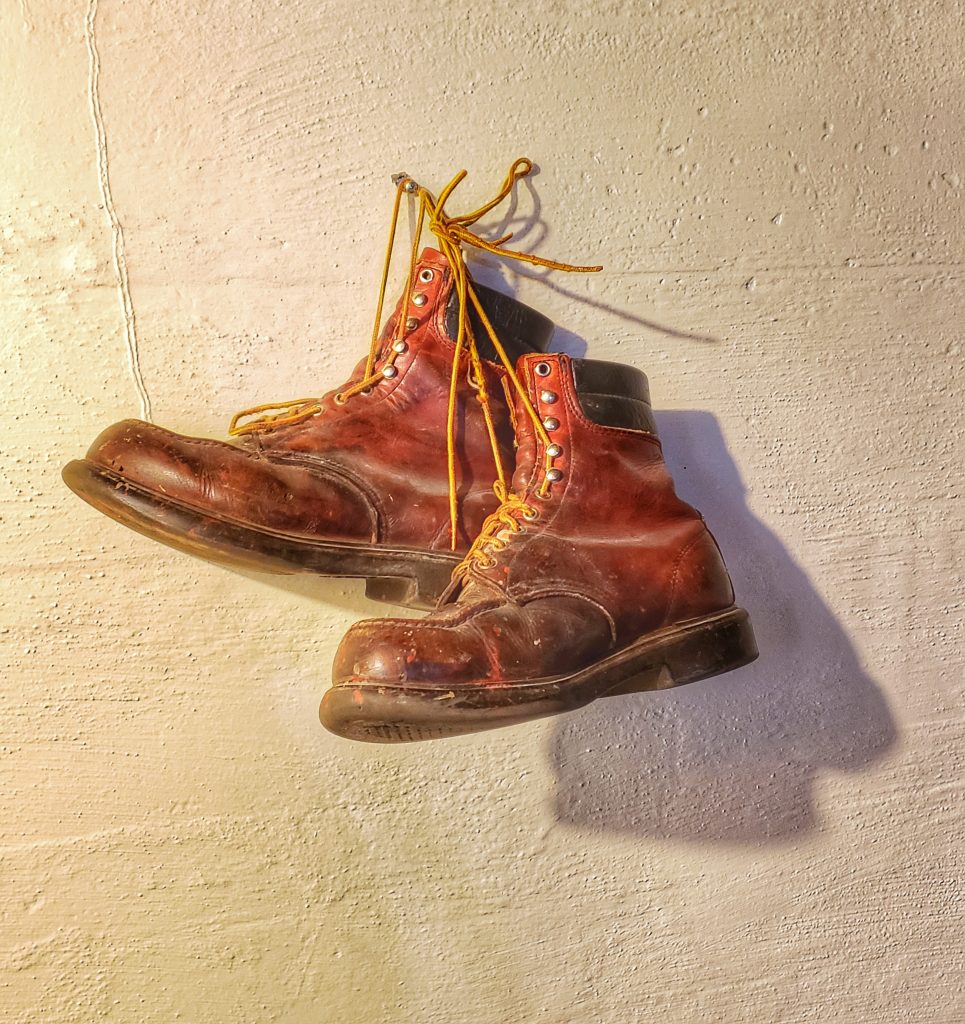 May you have a blessed Easter and rejoice, as soon our ties will be reunited with our friends and families and gatherings will happen again.

We use cookies on our website to give you the most relevant experience by remembering your preferences and repeat visits. By clicking “Accept”, you consent to the use of ALL the cookies.
Do not sell my personal information.
Cookie settingsACCEPT
Manage consent

This website uses cookies to improve your experience while you navigate through the website. Out of these, the cookies that are categorized as necessary are stored on your browser as they are essential for the working of basic functionalities of the website. We also use third-party cookies that help us analyze and understand how you use this website. These cookies will be stored in your browser only with your consent. You also have the option to opt-out of these cookies. But opting out of some of these cookies may affect your browsing experience.
Necessary Always Enabled
Necessary cookies are absolutely essential for the website to function properly. This category only includes cookies that ensures basic functionalities and security features of the website. These cookies do not store any personal information.
Non-necessary
Any cookies that may not be particularly necessary for the website to function and is used specifically to collect user personal data via analytics, ads, other embedded contents are termed as non-necessary cookies. It is mandatory to procure user consent prior to running these cookies on your website.
SAVE & ACCEPT
Loading Comments...